Allergies tend to have a long-term effect on the sufferer, which may worsen overtime if not prevented, treated or appropriately managed. In this article, we’ll reveal five common misconceptions about the condition to help you understand it better and effectively manage its effects on your child.

1. Allergic rhinitis is uncommon amongst children

Allergic rhinitis is the most prevalent allergic disease in children. Here in Singapore, if affects up to 40% of the nation’s schoolchildren.1

2. It's the same as the common cold or flu

Although they share several symptoms, such as runny nose, blocked nose and sneezing, allergic rhinitis is quite different from the common cold or flu. It’s not caused by a viral infection and it doesn’t just go away within a couple of days.

As it’s an allergy, it's triggered by certain allergens such as pollen, smoke or dust mites, and will persist until the allergen is gone. Usually, symptoms of allergic rhinitis will last for so long as the allergens are present, and generally occurs without a fever.

Allergic rhinitis, the common cold and the flu are often confused with each other. If you suspect any of these conditions, do consult a doctor to appropriately diagnose your child’s condition and guide you to the right medication.

3. It's not that serious, my child can tolerate it

Symptoms of allergic rhinitis can become more severe if not treated early and promptly. Apart from causing discomfort, it can affect your child’s performance in school and sports activities as well as their sleep quality. For example, itchy skin rash or watery eyes can impair your child’s focus in school, and blocked nose can cause snoring and dry mouth which can affect sleep quality.

4. Avoidance of allergy triggers is the only treatment for allergies

Prevention is key when it comes to allergies. You should always avoid your child’s exposure to anything that you know may trigger his or her allergies. While there is no cure for allergies, several treatment options can help reduce symptoms. Common remedies include antihistamines such as Zyrtec-R Oral Solution, decongestants, and nasal sprays. Check with your doctor to guide you to the right medication.

5. Antihistamines are the same as decongestants

Although both medications are treatments for allergic rhinitis, they help to relieve different symptoms. Antihistamines target histamine, a substance your body makes during an allergic attack. As such, it helps to prevent itching, sneezing and runny nose.

However, decongestants reduce the amount of fluid in your nose lining which relieves nasal congestion or blocked nose and swollen passages.

Allergic rhinitis, the common cold and the flu are often confused with each other. If you suspect any of these conditions, do consult a doctor to appropriately diagnose your condition and guide you to the right medication. 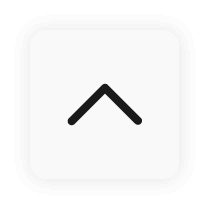